Camp kitchen organization has always been one of those parts of camping that I've struggled to perfect. I've tried many different containers, and compact storage solutions to try to make the camp kitchen as organized as possible for everyone on the trip. I find the more organized it is, the quicker food can be prepared, the quicker clean up can be done, and gear can be put away for the night. I vividly remember being a young lad and being in awe of Bill Mason's wannigan set up in the film 'Waterwalker'. Everything looked so perfectly placed and easily accessible. At the ready, all the time. 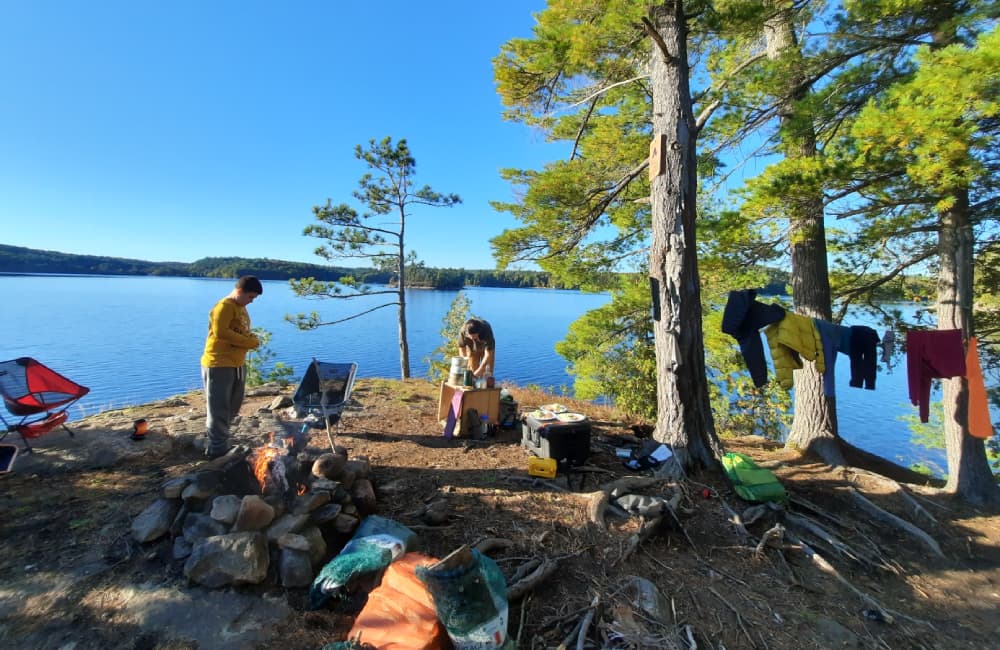 When my brother in-law and I paddled the Lower Missinaibi a few years back I had at the time set up a large Pelican waterproof case as a wannigan. This allowed for a decent set up of food, cook sets, general camp gear, and a few odds and sods including snacks. However, within this set up the kitchen utensils generally just got thrown into the edges, which led to them slowly making their way to the bottom of the case as you moved things in and out. And after many years of this happening, I can finally say I have been able to stop this occurrence from happening ever again.

Enter the Frost River Utensil Roll. Constructed of the heavy 18 oz. waxed canvas that Frost River is known for, sturdy eyelets in the top corners for hanging, and a tough durable cotton strap for tying the roll up. I know that I have mentioned it previously in some of my other reviews that I am a bit of a sucker for heirloom/historical based camping gear. Frost River is likely one of the best companies making gear out of traditional materials, that can last a lifetime or two. 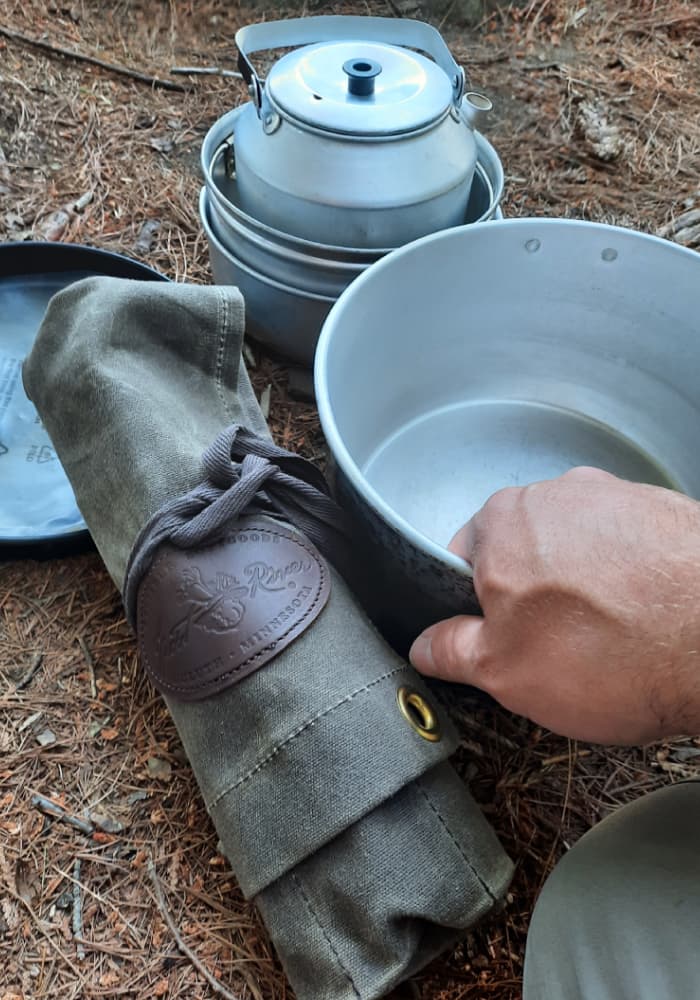 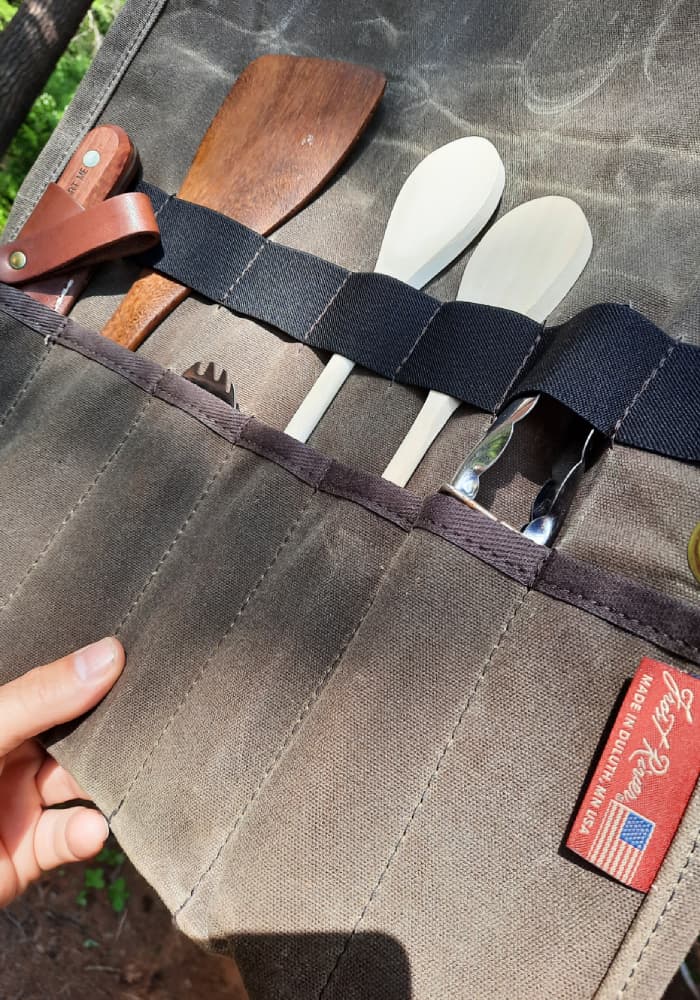 The 7 spaces also allow me to carry a few more luxury utensils that I normally would not...like tongs. The utensil slots are sized generously and allow for multiple tools to be carried in a single slot, and elastic across the middle conforms to the bulkier end of must utensils and keep things tight against the canvas. 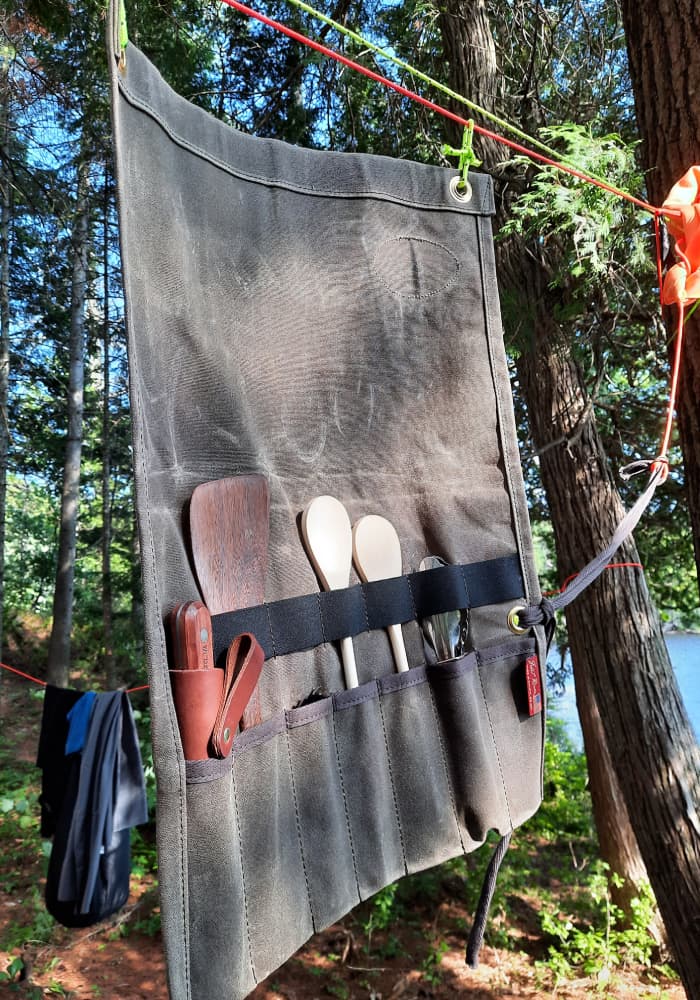 The Frost River utensil roll has two sturdy brass eyelets on the top which allow for some cordage to be tied and hung from a branch or an old used nail. If you want to get wood-crafty you can place a small stick through the eyelets and then use a single rope from the middle. Using a stick allows for the kitchen roll to stay open nice and wide while hung from a tree, as the branch keeps it splayed. 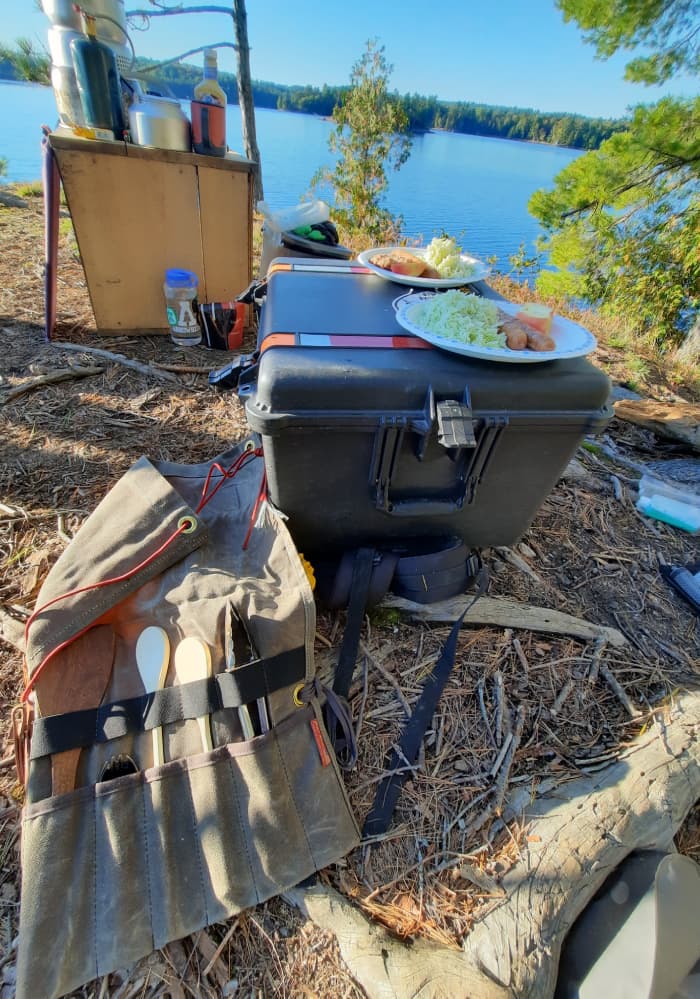 Through the 5 trips this year I can say that I used it in every set up I could think of including just placing the roll on the ground beside me while I prepared food. The heavy canvas with the waxed fibres reassures you that you will have a sturdy barrier between the forest floor and your clean utensils. When I first got the Frost River utensil roll the ribbon used to tying up the roll was extremely stiff. I found a quick hand wash of the ribbon with hot water and a mild soap in my hands washed out any starches and made the wrapping and tying much easier. 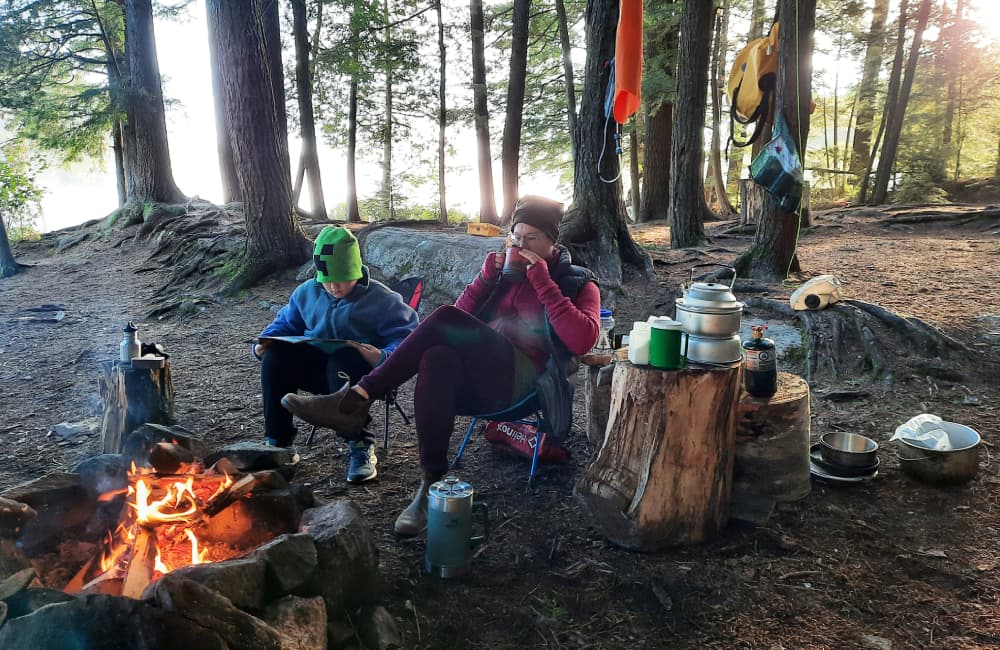 For canoe tripping the Frost River Utensil Roll is a necessity especially for those who make camp cooking an integral part of the camping trip. If you were going on a fast and light backpacking trip, this might be too bulky and heavy for that adventure. I think the materials used, are the best type for this function. In true fashion, Frost River steps up to the plate once again to provide the user with a functional, stout, and timelessly designed piece of equipment for the traditionalist camper, or for someone looking to get to the next step in their pursuit of near perfect camp kitchen organization like myself.

Chris' Passion For The Outdoors Comes From His Scout Leader Father. Having Been On Dozens Of Canoe Trips From Age 7, His Love For The Woods Is Deep. As A Young Adult Time Was Split Between Paddling Ontario’s Parks And Rivers Like The Missinaibi Up To James Bay, And Writing A Blog About Traditional Outdoor Gear And Adventures. Wanting To Be Closer To Algonquin Park, Chris And His Family Took The Leap And Built A Log Home On 50 Acres In Huntsville. Time Is Now Spent Homeschooling, Exploring In And Around The Park, Woodworking, And Collecting Anything Bill Mason.