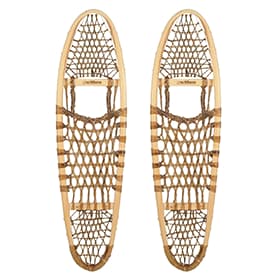 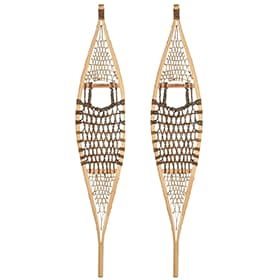 GV Snowshoes began in 1982 the result of a partnership between manufacturing newcomer Maurice Vincent and long time snowshoe maker Antoine Gros-Louis (Gros-Louis & Vincent). After forming, they acquired other local snowshoe companies (Huron, Aigle Noir, and Kabir Kouba to become today one of the pre-eminent snowshoe manufacturers in Canada. Still made in Canada, GV snowshoes draw upon the time honoured traditions of the First Nations craftsmen and women to produce tried, true and tested designs for use in any winter conditions.

All GV snowshoes are made in their entirety in Quebec, Canada.